Although the upstairs is often colder or much hotter than outside in the 6111 Yeats Manor Drive home, Lennar doesn’t believe there is an issue because ‘it passed inspection.” Let’s be clear – part of the issue is that any part of this home passed inspection.

Lennar claims there is insulation upstairs. Yet it's currently 52 outside and 58 upstairs. #mylennarhome #buyerbeware Let's be clear – there is NO insulation. This doesn't happen with insulation. Ever. One of 80+ ongoing construction defects. https://t.co/frD0BUJNc8 pic.twitter.com/w0g6k6JReJ

Just today, here is the outside temperature (on the left) and the indoor temperature in my upstairs office. Note, it’s above the garage and there are several other issues reported including windows and doors – above and beyond the vast number of HVAC issues. 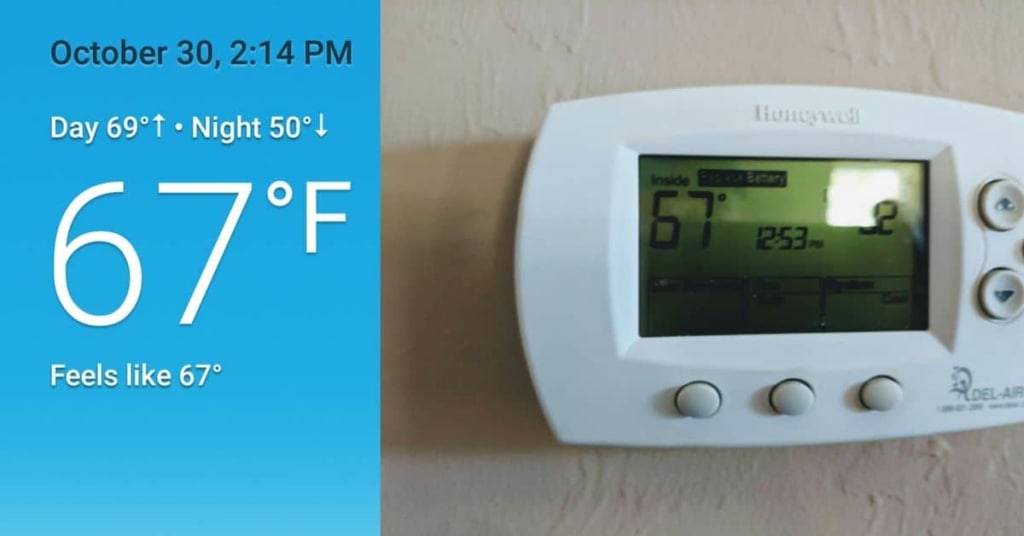 Lennar doesn’t believe there is an insulation issue in the upstairs above the garage in the home located at 6111 Yeats Manor Drive. Why? Because it ‘passed inspection.’ Ok, then what’s up with the temperature at this very moment?

Here are a couple more pictures from the past as well. There is absolutely no way anyone – especially anyone from Lennar – can convince me that this is not only normal – but that it’s possible there isn’t an insulation problem in this area. I don’t care how many inspections they claim it passed. 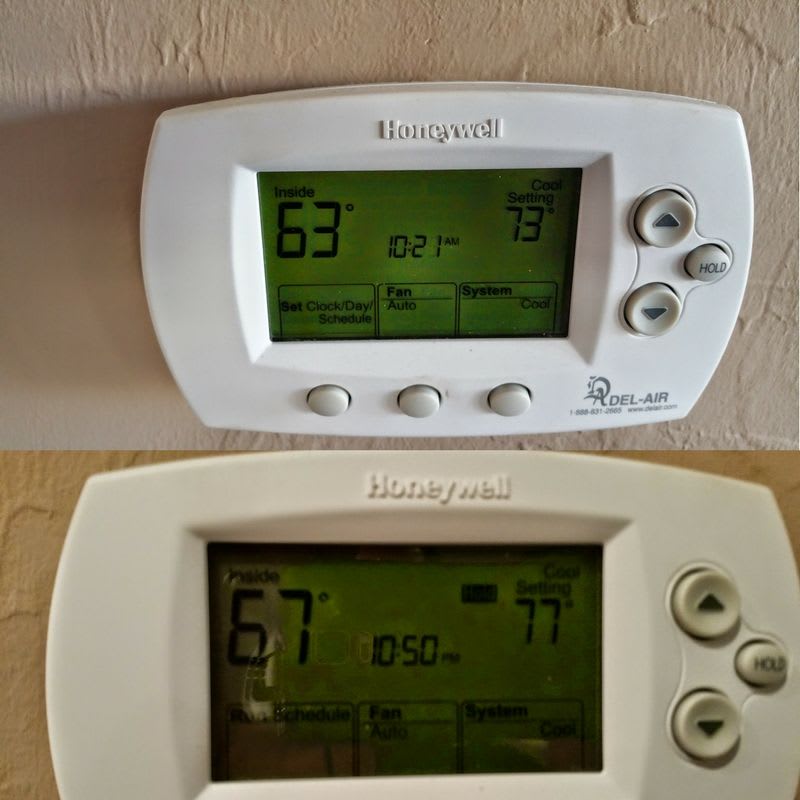 Lennar claims there is not only insulation upstairs but it passed inspection. Something is wrong. The property is at 6111 Yeats Manor Dr in the Westshore Yacht Club neighborhood. 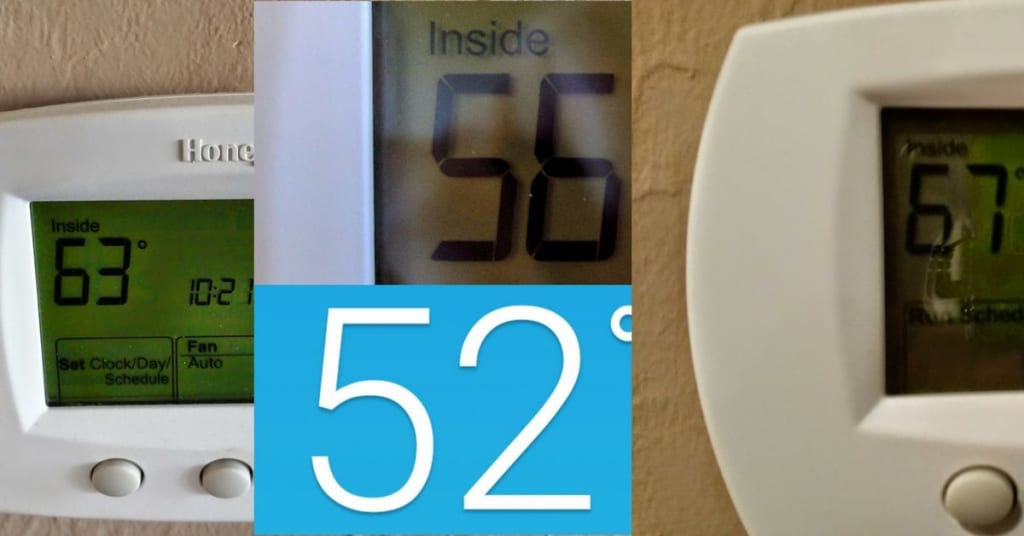 Is it normal for an area with proper insulation to get down to 56 degrees in Florida when the outside air temperature is 52? Lennar believes it is in the home located at 6111 Yeats Manor Drive located in the Westshore Yacht Club.

Just another example of lennar cheap junk, since cold has hit, all my so called "dbl pane" windows are dripping water from heat hitting cold air! True sign windows are not pressurized!! Complete junk! Energy efficient my butt!! @MyLennarHome

Here’s the summary of all of construction issues I keep in a spreadsheet.

It was advised by a licensed professional that the entire house and guest retreat were not soundproofed as was specified to be done when the home was constructed and that the insulation that was blown into the attic appears to be below standard grade.

Original response to the upstairs insulation issue from Joel Fedora

Please provide evidence that this work was not completed.

Provide evidence that this work was not completed. WCI installed insulation per required code by the City of Tampa.

Unacceptable response. Recently, a small hole was accidentally made in the guest retreat wall. There was no insulation found. Additionally, it is consistently cold in the guest retreat. I previously attached a photo reflecting that the guest retreat temperature was 63 degrees when it was 40 degrees outside. This is not normal. Mr. Fannin demands that WCI demonstrate to him that there is the appropriate amount of insulation and soundproofing was installed on the home (other than simply providing a certificate).

WCI stated that this area was inspected by the City and WCI will not damage the drywall as it is “certain” that the insulation was installed. No change in WCI’s response set forth in the 6-30-15 letter from WCI’s counsel. WCI has failed to address the question as WCI has not provided adequate proof that the insulation was installed. WCI must provide evidence of the installation. The inspector retained by Mr. Fannin informed him that because of the noise levels (from the street in the upstairs), the pipe rumbling originally identified, and when the TV is at normal volume levels, it can be heard in driveway, the sound insulation was likely never installed. There is no way to know unless you tear the drywall to inspect. However, Mr. Fannin’s former assistant accidentally punctured a hole in the wall – at that point they felt inside the wall and found no insulation that they could identify. The parties are at an impasse on this issue.

The home was constructed and inspected to comply with existing codes. No action to be taken on this item.

They insist that there is insulation, but this is one of the issues we were to discuss before communications basically stopped.

55 outside and 56 INSIDE my Lennar home. Lennar has always claimed there insulation is up here. Sure. #thieves #fraud @AGPamBondi Oh, and Mayor Bob Buckhorn's office passed it for inspection along with 80+ other construction defects. #mylennarhome No consumer protections at all. pic.twitter.com/KHVbJTvLwR